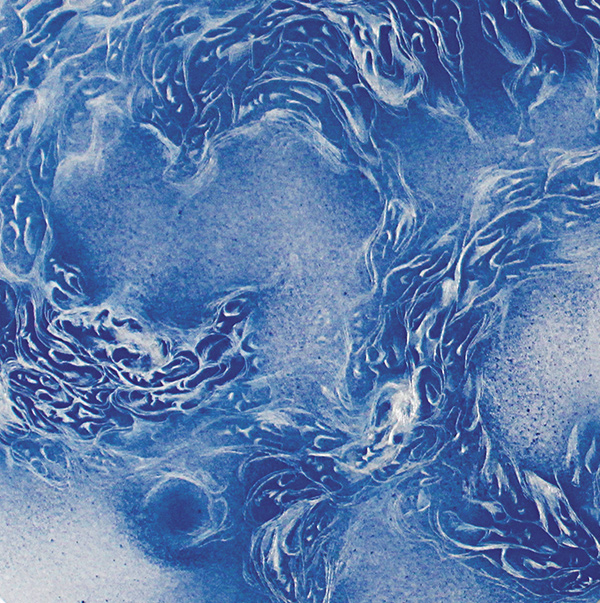 Sara Vaglini was born in Pontedera in 2000. Raised in an environment full of stimuli, between a painter mother and a goldsmith father, she graduated with honors in 2019, at the F. Russoli artistic high school in Cascina (PI) and during the school years she exhibited in small local exhibitions. She is currently finishing her three-year academic career in Painting at the Academy of Fine Arts in Florence. Her creativity was influenced by Aztec sculpture, baroque goldsmithing and photographs by Mari Katayama or the abstract universe of Jadé Fadojutimi. In her works she builds a narrative and through composition and colour she tells the reality she lives and the emotions she feels with the intent of involving the observer as when reading a book or listening to a piece of music. 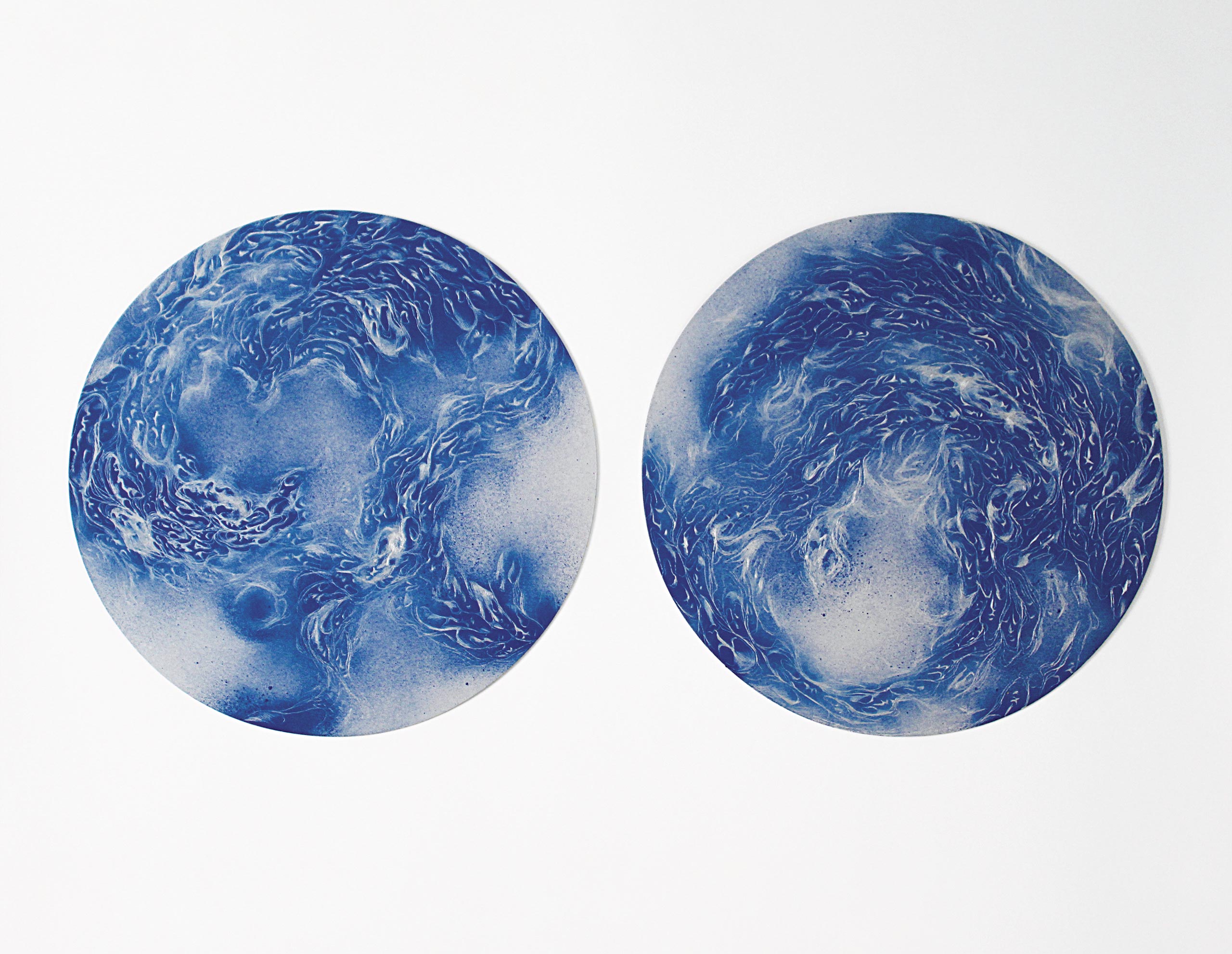 As the title “Cosmogonie” states, Sara Vaglini’s work investigates the meaning and ultimate goal of the universe, namely its cyclical advance and oscillation between micro and macrocosm “The engraved image exploits a circular movement, which recalls cyclicality. The circle is a synonymous of perfection, something that is completed in itself. As aluminium is entirely recycled, endless times, so life folds in on itself in a cyclical, infinite flow,all human knowledge has always been fascinated from this concept, from Plato to the Hindu religion, passing through the animist cults ... the universe, the macrocosm, which is reflected in the smallness of the human being, the microcosm, despite its being insignificant, is irreparably destroying this balance. Cosmogonie is nothing other than this, two nebulae born from waste, which become works of art, to show, in their own small way, this dimension of mirroring “.