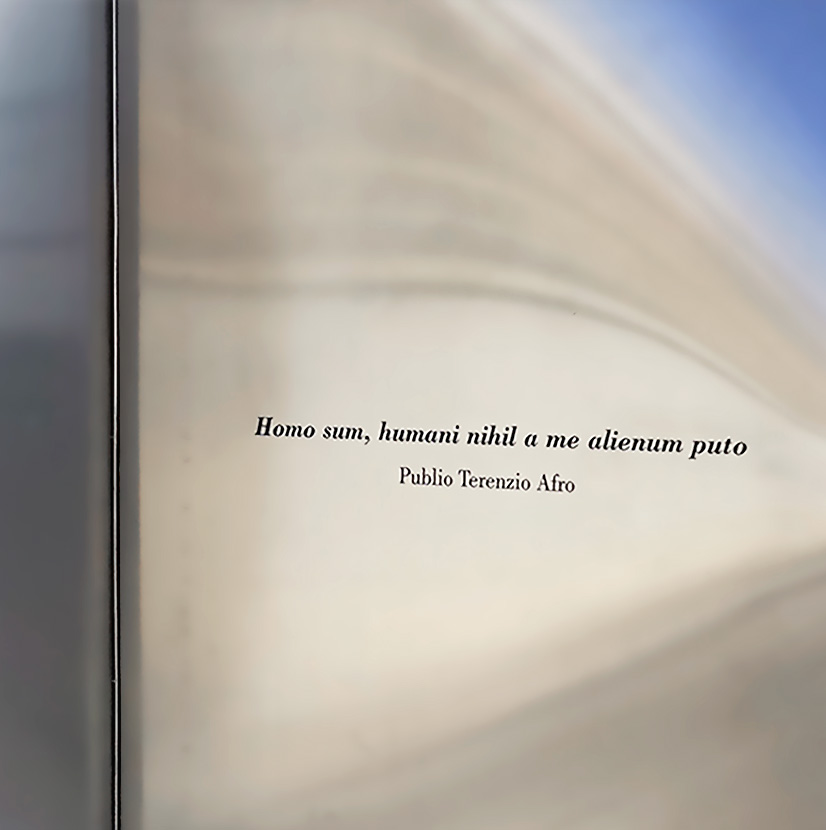 Rosella Restante, after graduating from the Academy of Fine Arts in Rome, begins her artistic research first through the observation of the human figure, passing through an expressionist phase, and then arriving at the conceptual expression of herself through sculpture, drawing, engraving, photography, and video.

Hers is a lyrical but also minimalist and expressive point of view, that chooses space as her favourite dimension for a continuous investigation and search for identity.

Her artistic path is a multidisciplinary one, she experimented in sculpture various materials such as iron, travertine and salt.

During her career, she has exhibited in various solo and group exhibitions in Italy and abroad. 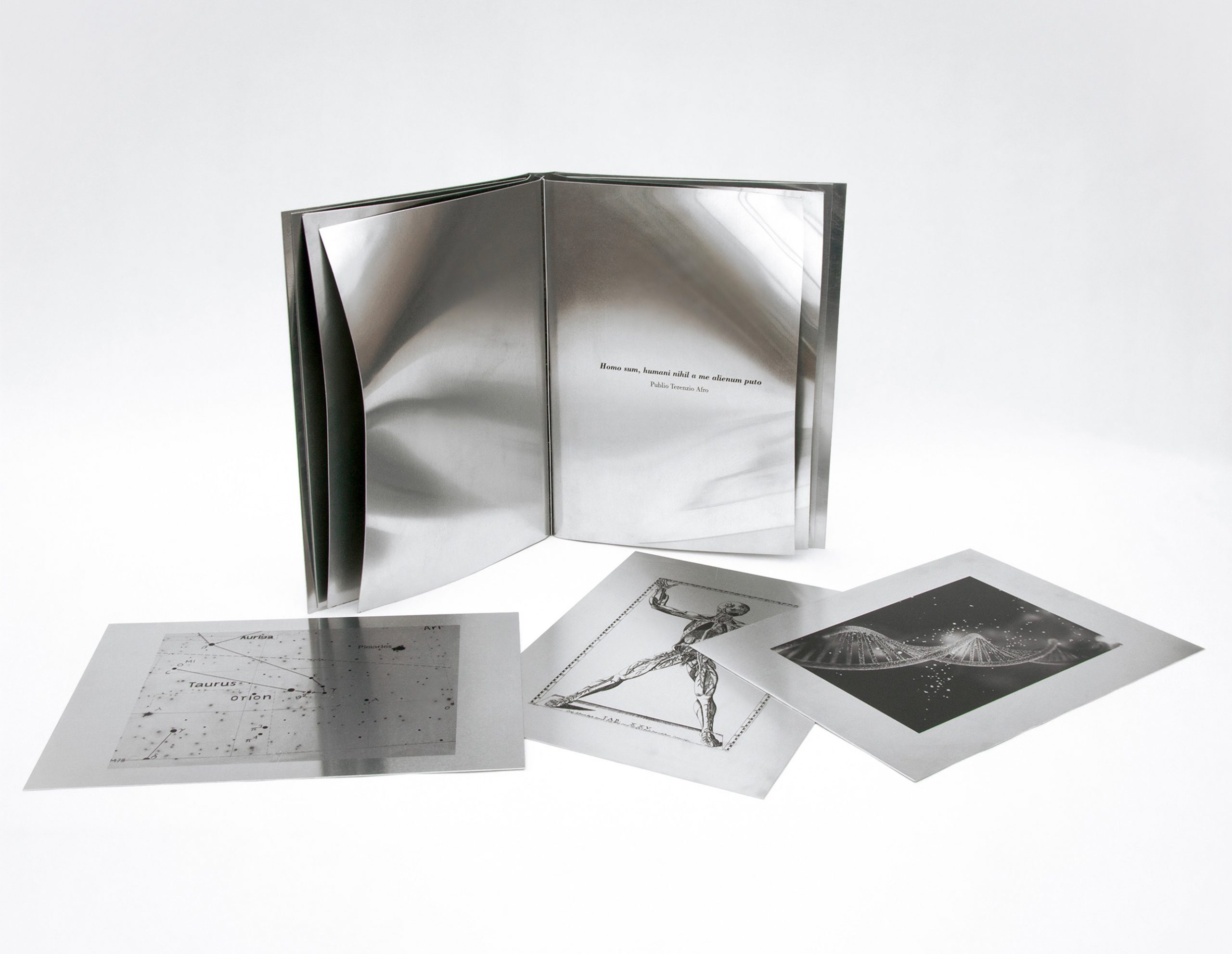 A union of literary suggestions and metaphorical sensibility of the metal can be found in the artwork by Rosella Restante, who through a book sculpture tells a thousand shades of the concept of bond: from the DNA strand to the map of the universe, up to the breaking down of physical and mental barriers between living beings. Humanitas is a symbolic book of knowledge: a container of ideas, images, warnings of the soul that the artist composes as in a universal message. 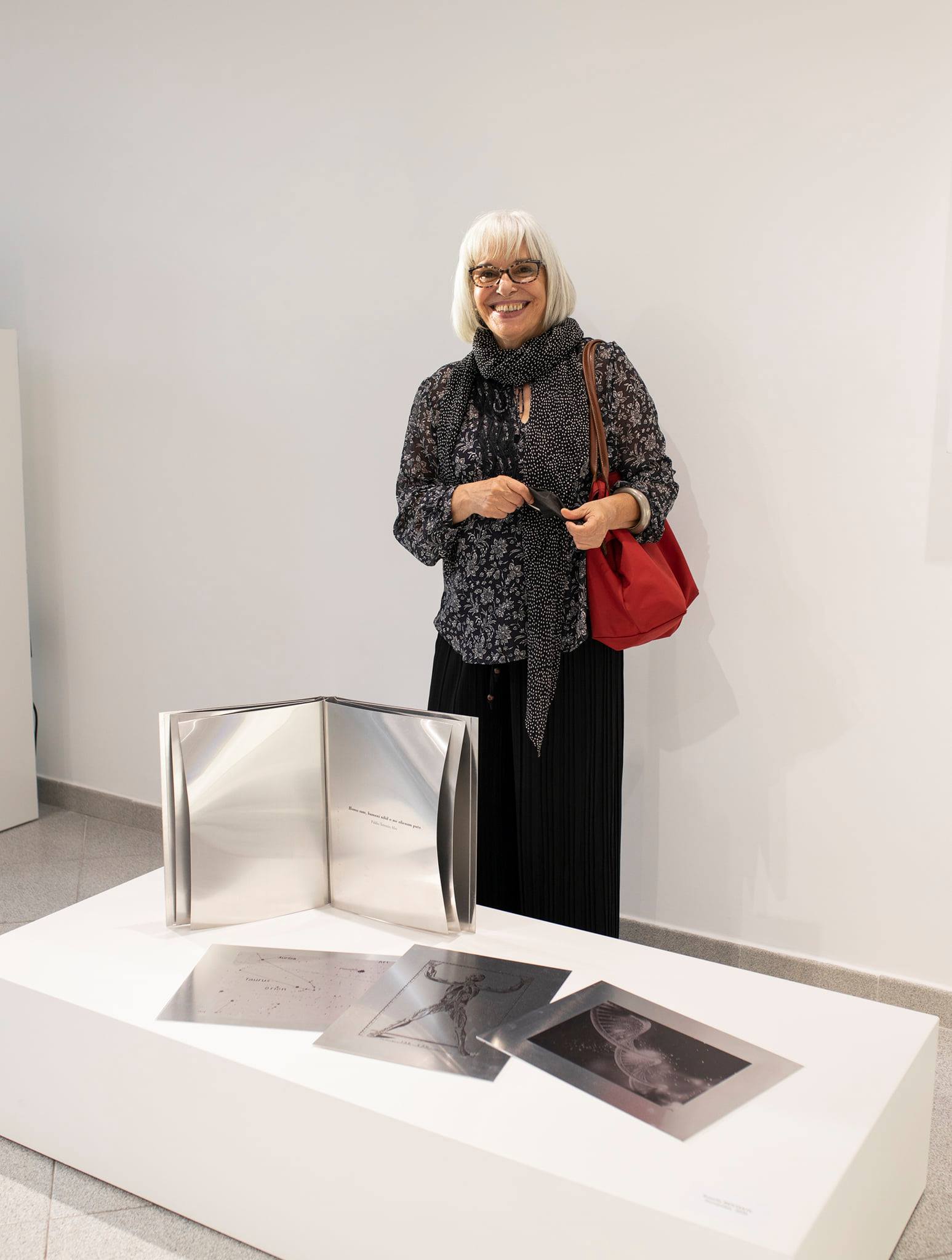 Many have underlined that in your artistic research, space and time are "tools of investigation and affirmation of identity". In your works, the perception of space and time is altered and directed in order to offer the public a theme, a concept, and food for thought. It is a dynamic that goes beyond conceptual art because it blends aesthetics with a cultural dimension. Tell us about it.

I believe that space and time are the primary dimensions of life.
When I was fully aware of it, my artistic research moved towards the spatial organization of the installation. Each work is placed within a dialogue by measuring its space. I was no longer interested in creating a work object with a symbology strictly placed in the work, therefore each of them, even in full existential autonomy, had to and still must contribute to the realization of a broader theme. In this, I agree with you when you mention an overcoming of conceptual art, at least in the first period. Everything proceeds through a path of various stages that reach concepts and determines the theme.
This was evident in the latest exhibition A MAP A DAY in which conceptualism merges with aesthetics, declaring its mystery, which is added to each stage of awareness. 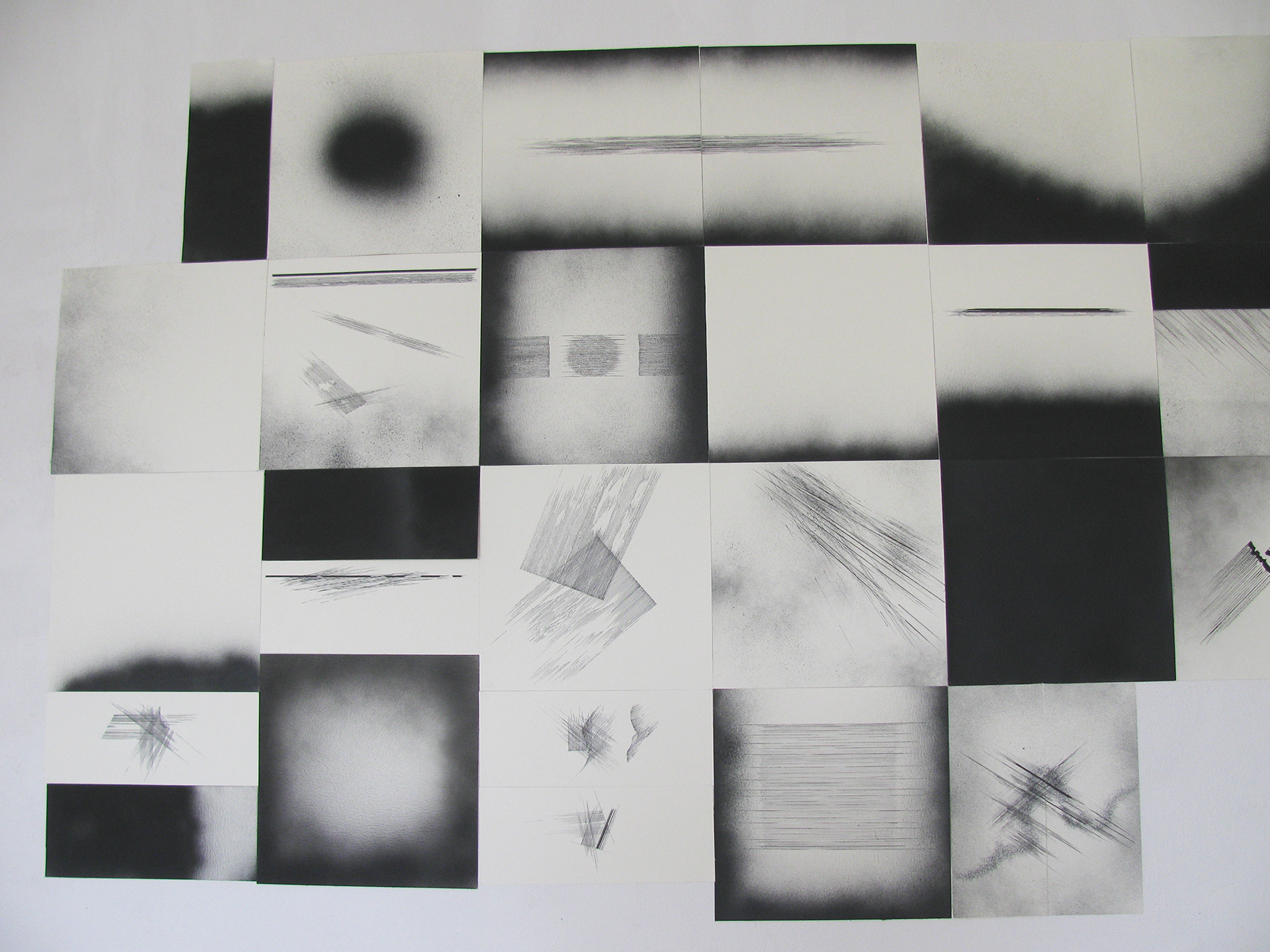 You graduated from the Academy of Fine Arts in Rome in painting, then you discovered engraving and slowly experimented with ever-changing means of expression: photography, audio, video, and installations. Your path has gradually led you to a three-dimensionality that goes far beyond the work itself, which implies a total immersion of the observer, the stimulus to follow multiple fruition plans, and the application of various knowledge and ever-increasing technical skills. How did this evolution happen? What led you to want to experiment with new areas and new ways of getting in touch with the public?

Yes, I graduated from the Academy of Fine Arts in Rome in painting when I stopped painting. I was lucky enough to meet a master like Guido Strazza in the discovery of engraving, his alchemical path, and the relationship with the material. Perhaps this was the thing that led me to research and experiment with various materials: iron, glass, copper, aluminium, travertine, etc. In the meantime I drew a lot, drawing has always accompanied me, and I can consider it my imprinting. When the installation calls for photography, I use this medium, or video if I need to complete the whole with attention in which time contains it and space is measured by sound or noise.

The language, the word, the letters of the alphabet, but also poetry and the book are the central theme that returns in various of your works, in particular in some installations (I am referring not only to the exhibition Visiting the Word - Rome 2011, to mention one occasion among many but also to the art book presented in competition at the COMEL Award). It is as if through Art you give a physical depth to literature, storytelling, and communication. How important are the narrative dimension and the language within your artistic career to you?

Language and poetry are fundamental to me, they have always been, together with art, the dimension of spirituality and rationality. In the exhibition VISITING THE WORD I expressed my discomfort about the impoverishment of language by returning to physical-gestural communication. In the video that is part of the exhibition, I insert the signs of my voice after having recorded it. They take place in total silence because in this case, it is the sign that speaks.

In the artist's book, an ideal medium for me, I meant enclosing an exhibition in its pages, forced to synthesis and more immediate communication, the physicality of leafing through gives a sense of belonging. Sometimes the title of the work is a phrase extrapolated from a poet's text, NOT YET AND ALREADY (non ancora e già) is by Mimmo Grasso.
Literature, as I have already mentioned, has always been part of my life together with music and cinema, another great love of mine. After the academy, I followed a course in film directing with Silvano Agosti.
All these explorations have opened up worlds to me in which the encounter with "others" can be fundamental.

Although in your artistic career you have always emphasized the mismatch, the lack, the fragility of the balance, you did it through poetry, the lyrical inspiration permeates your works. How do you reconcile these two apparently distant aspects?

We all live with the displacement, the fragility of the balances, that's why we need a map a day that, in its general vision, helps us to find a mental, human, spiritual path that takes us back to a space of great strength.
How can I tell with poetry and lyric inspiration? I don't know, I think it's life itself that gives this look.

By participating in the COMEL Award with the work Humanitas, an artist's book in aluminium, you created a very happy synthesis of a series of concepts. On the one hand, that of the common thread that binds the Universe and Mankind from the micro to the macrocosm, a story of the human being through the story of the world, of the sciences, which could continue indefinitely and expand to many other areas; on the other hand, a subtle and implicit reference to what prevents a link that would actually be natural and right, between Nature and Mankind and among human beings themselves. How did this idea come about? How did its realization take place?

The HUMANITAS work was born in the form of an aluminium book as soon as I read the title of the announcement, Aluminium bonds, with the measurements in which I made it, with the same writings and pages. It was born already big. I told in the presentation of the work that I went back in time when I read Fritjof Capra's The Tao of Physics. I was struck by the basic concept contained in it. The scientific phrases concerning the molecular structure of aluminium confirm Capra's theory, stating that human behavior and his gaze on the world, expressed by art and religions, are later confirmed by science, in his case in quantum mechanics. I follow this sector as a neophyte and I consider them spells of our time. On the topic Aluminium bonds, metaphor of human feeling, I projected my personal dimension of the perception of the man-universe theme, a theme that has often been present in my research of life and art.

The conception of the sculpture book was so simple, still it was pretty complex to create it, I wanted to see the work clean, and innocent, to give aluminium as much freedom of light as possible. For this I have tried to avoid any, even small, supporting structure. In any case, my work tends to concentrate energy in a synthesis that contains the strength of the emotions I wanted to talk about.