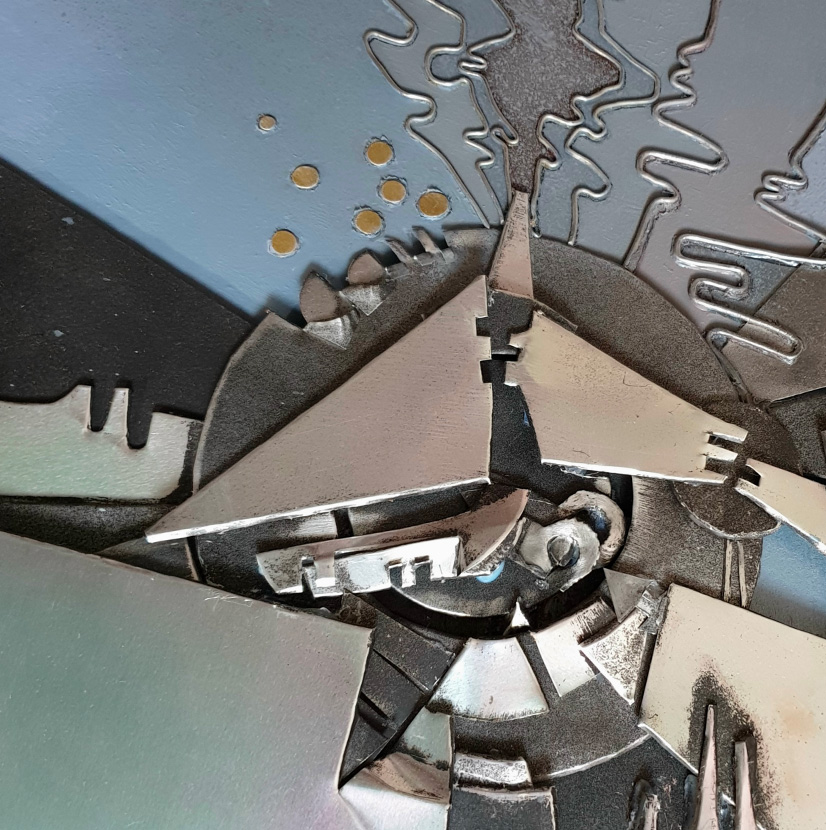 She was born in Milan but soon moved to Turin, she completed her artistic studies on a self-taught basis. She is a sculptor and painter, during her career she has experimented with the use of various materials and various painting techniques. She took her first steps in the world of art in the early seventies by attending the abstract-surrealist environment in Turin. Her artworks require meticulous work standing poised between abstraction and reinvented figuration. Going through very precise but synthetic geometries, among which the circle stands out, she deals with recurring themes such as the female universe, architectural constructions and science. She prefers relief, cut and three-dimensionality in painting as well. She works with small and large subjects, some of her works became important public works. 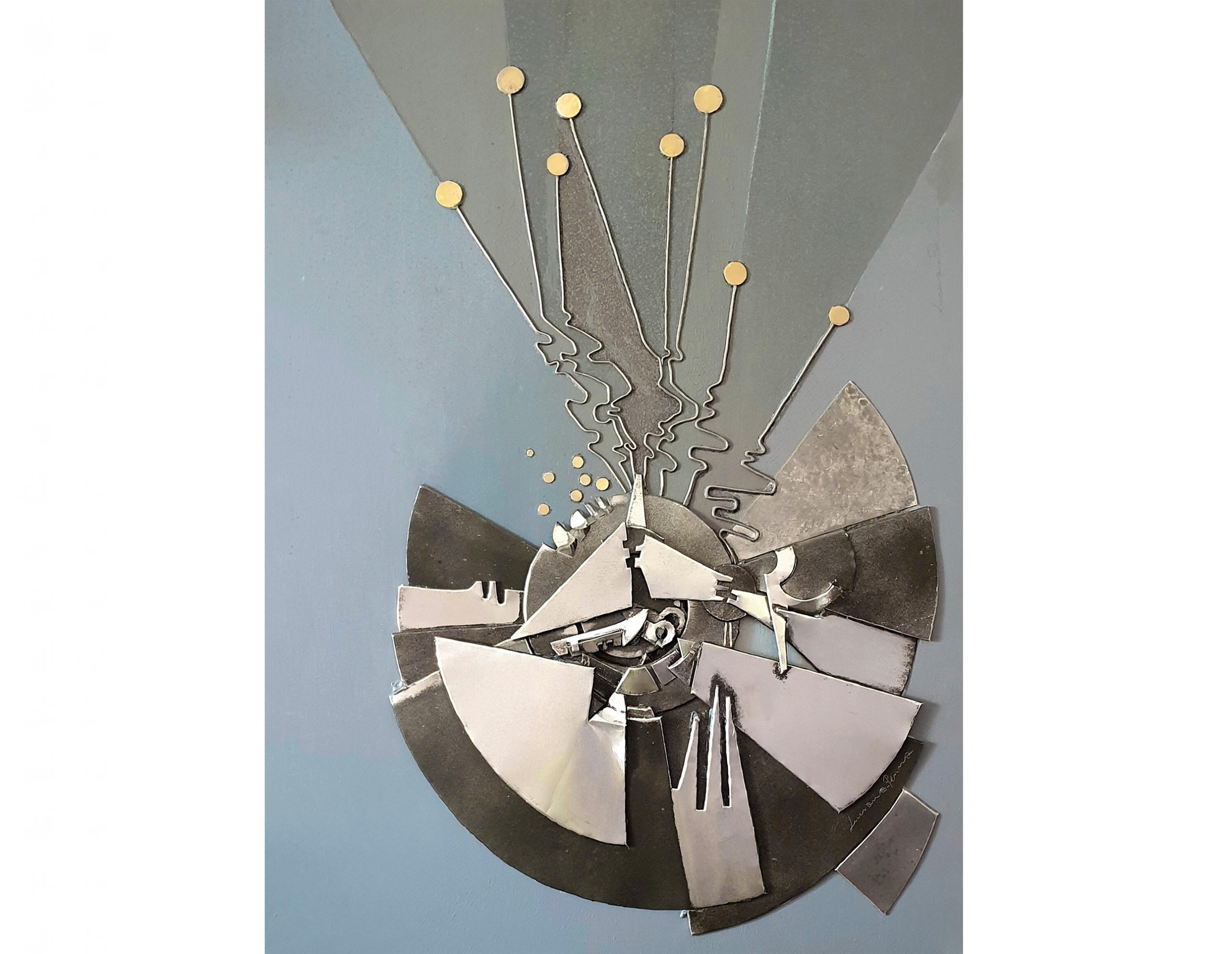 By fusing geometric shapes in aluminum in a round-shaped model, Luciana Penna recalls in Energia Magnetica (Magnetic Energy) the bonds that life can induce, through the elegant composition of planes and shapes with a variegated luminous arrangement, within the complexity of the connections and intersections. Bonds that nevertheless contain the very mystery of existence: that vital flow emblematized by the threads that ascend as spontaneous germinations stretched in search of something beyond everything.