Marcello Trabucco is an architect but he is also an artist and a history teacher. He was born in Volterra, he moved to Latina during his childhood, where he attended art school and then graduated in Architecture at the La Sapienza University of Rome.

In his artistic career, he explored different art languages, in particular, he created paintings, sculptures, and engravings. He has several publications dedicated to the architecture of the “foundation cities” and the transformation of the landscape and the territory. He has participated in group and solo exhibitions in various Italian cities and abroad.

In most of your works, geometry and nature come together in a sort of natural abstractionism in which the shapes are only suggested but still clearly understandable. How much do nature, the sea, the landscape affect your inspiration?

The observation of what is around us is part of my curiosity that I carry into my work, the natural elements analysed in the shapes and colours constitute emotions, food for thought that also indirectly return in the works, capable of assuming new guises, disconnected from the initial context.

Your sculptures have an apparent two-dimensional structure as if they were a legacy of certain artistic trends of the last century. In reality, they play with space much more than a superficial glance can grasp. How does space enter your artistic research? Is it a void to fill or a concept to explore?

It is a central question. From the very first experiences, it is the space that surrounds us, the space in which we move that affects my work, and this means that the canvas is a space that I find too limited for my story. The elements I use such as the sign as a trace left by man, shape, and colour must enter, project themselves into real space, interact with it, interact and organize perception. This is the reason why not only in the latest works but almost a constant space is part of the painting, the work is affected by and is shaped by real space. In your artistic career you have experimented with different techniques: sculpture, drawing, painting, engraving. In many of your artworks, these souls blend to obtain installations made of various materials (from ceramics to metals, from wood to paper and canvas) often rich in intense colours, engravings that recall a sort of lost writing. Which technique do you feel you master best? Which one makes you feel freer to express yourself?

I believe that every technique has rules and presents expressive possibilities that must be investigated to better understand its potential. I don’t have preferences but a lot of curiosity that pushes me to search for the new. This means that there can be, and contaminations must be investigated, as it happens in all contemporary forms of expression. This is what happened with the engraving on the plate made to obtain printed copies, and then move on to etching directly on the aluminium plate to obtain a sign/design as an autonomous expression.

You graduated from art school and then graduated in Architecture and the profession of architect has always travelled in parallel with your artistic research, this interpenetration of worlds is also evident from the lines and shapes of your works. You live and work in Latina, the city of rationalism, how much has this architectural style influenced your way of thinking about art and your style? How much, in your opinion, does the territory affect the work of an artist?

Just as the territory in which we live is shaped by human activities, I think that the environment that surrounds us, geography, history, attendance as well as school and knowledge offer us opportunities that we must know how to seize to define the path, the road to take. Surely the presence of the shapes of the buildings in the city and the preference of masters of rationalist architecture such as Walter Gropius or the Italian Giuseppe Terragni, have guided my research. I prefer architecture that shows structural lines of which it is composed, as if to show the skeleton, I prefer the shapes of a two-dimensional sculpture such as those of Consagra or the volumes of Moore as they define relationships with the surroundings, being crossed by space, by light that together contribute to define the work. 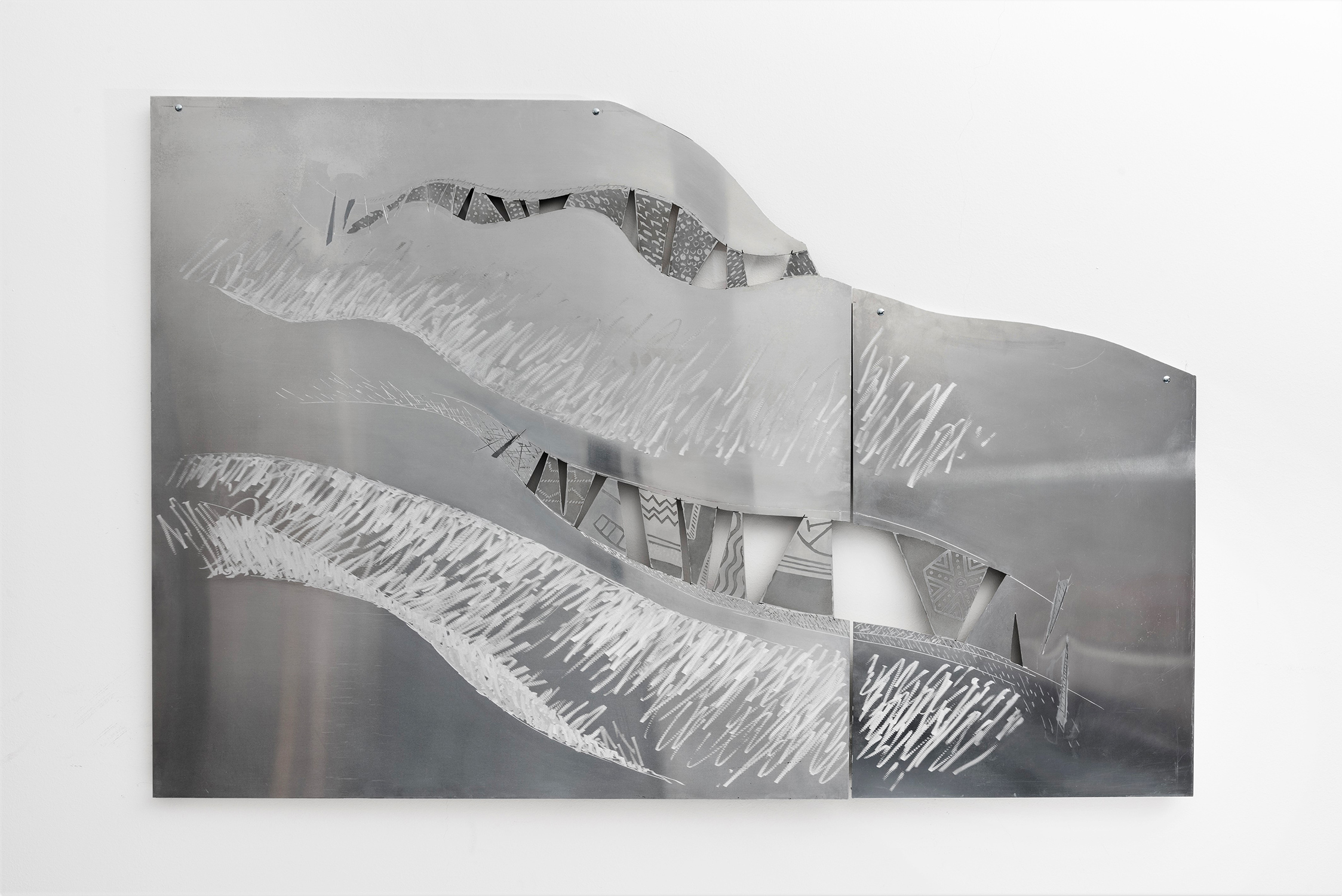 Among your activities, a fervent research, documentation and narration of the territory should not be forgotten. Through various publications, you have told the history and transformation of the Pontine territory: from reclamation to the first buildings, from natural beauties to those created by man. A research and promotion of the beauty of little-known places and the story of a story made of men and nature. How was this love for memory born? This desire to seek and disseminate documents, memories and knowledge of the past?

The answer is directly connected with the previous question as living a territory both as a teacher and as an architect implies knowing the places not only from a physical point of view but also from a historical and social point of view. Then knowing the territory where you live in my opinion favors that sense of belonging, especially in a territory that is in some ways young that seeks its own historical identity. That can’t coincide only with the foundation of the city, but refer to a longer period, to the realities of the hill towns, to the populations who lived in the area before us, leaving works and clearly visible traces.

The theme of memory and narration is found in many of your works. Is it perhaps a way to combine your passions? Or on the contrary, are your passions meant to have a common denominator?

Perhaps it is the second that belongs to me the most. Memory as a history, whether it concerns the territory in which it lives, or as the history of the traces left by ancient or contemporary man, solicit my interest and my research. Not only the stories or what is reported by historians are part of the memory but also the traces left by time on the materials that can attract our attention, stones, worn plasters, metal sheets and sometimes smoothed woods, consumed by water or by exposure to Sun. Your work Mutable configuration of ancient signs received a special mention from the jury of the COMEL Prize. How was this experience for you? How is your relationship with aluminium? How was this work born?

The experience was highly positive. Having been chosen by the jury, having received the special mention was as beautiful and stimulating as being present at the exhibition with artists and works of considerable depth, but with completely different expressive languages. The relationship with aluminium is open to multiple potentials that I am still investigating, a world of possibilities to be experienced. While the intention to register for the competition was immediately seized to challenge me as usual, the processing was favored by the time extended by the Covid 19 pandemic. The period allowed me to reflect on what was happening and at the same time, to use this suspended time to imagine new directions of research, stimuli for new works.