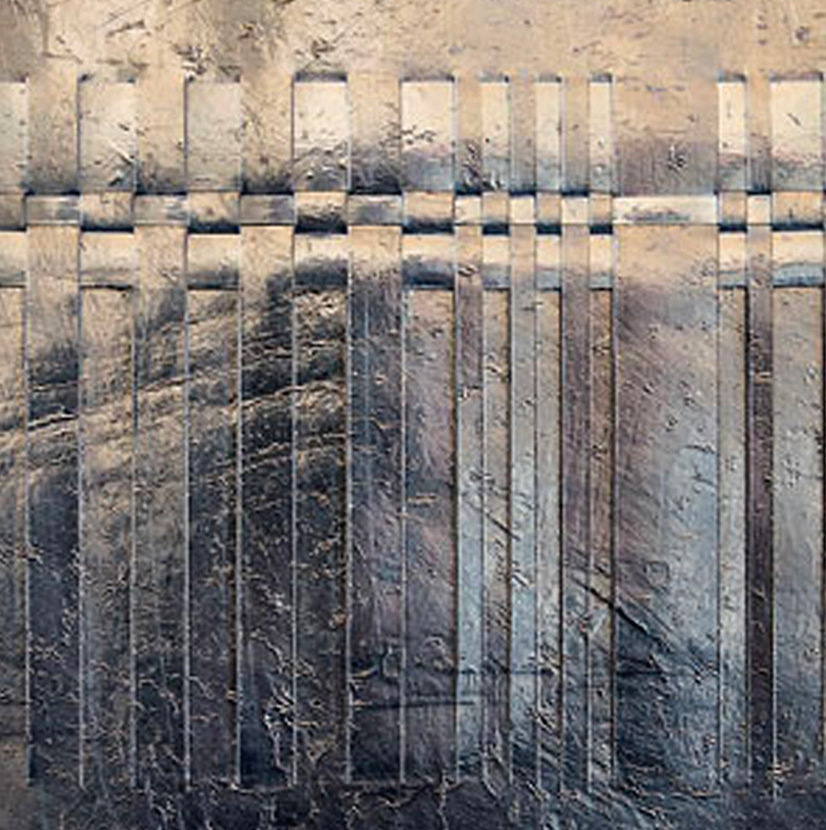 Angelo Tozzi was born in 1960 in Latina, where he lives and works. Graduated in architecture, he began painting as a child. He found his inspiration by studying the works of the great masters of informal and conceptual minimalism. He experimented with all the main pictorial techniques. He particularly admired Picasso, Mirò, Pollock, Lucio Fontana, Alberto Burri.
Until the mid-1980s he participated in numerous group shows, but felt the need to retire to deepen a personal research, which will lead him to work with very few signs and an almost absence' chromatic. This systematic reduction of signs and colors leads him to kinetic and programmed art, in which nothing is left to chance. Everything is carefully planned and eliminates the spontaneity of the gesture.
After years in which he produced works only for himself, in 2003 he decided to return to exhibit in solo and group shows. In 2010, through the Gallery Lydia Palumbo Scalzi, participates in a group exhibition at the Museo Pietro Canonica in Rome with artists such as Jannis Kounellis, Michelangelo Pistoletto, Matteo Basilé and others. Since 2011 he is part of the artists of the Galleria Immagina Arte Contemporanea di Città di Castello (PG). In 2013 he was among the thirteen artists selected for the COMEL International Award. 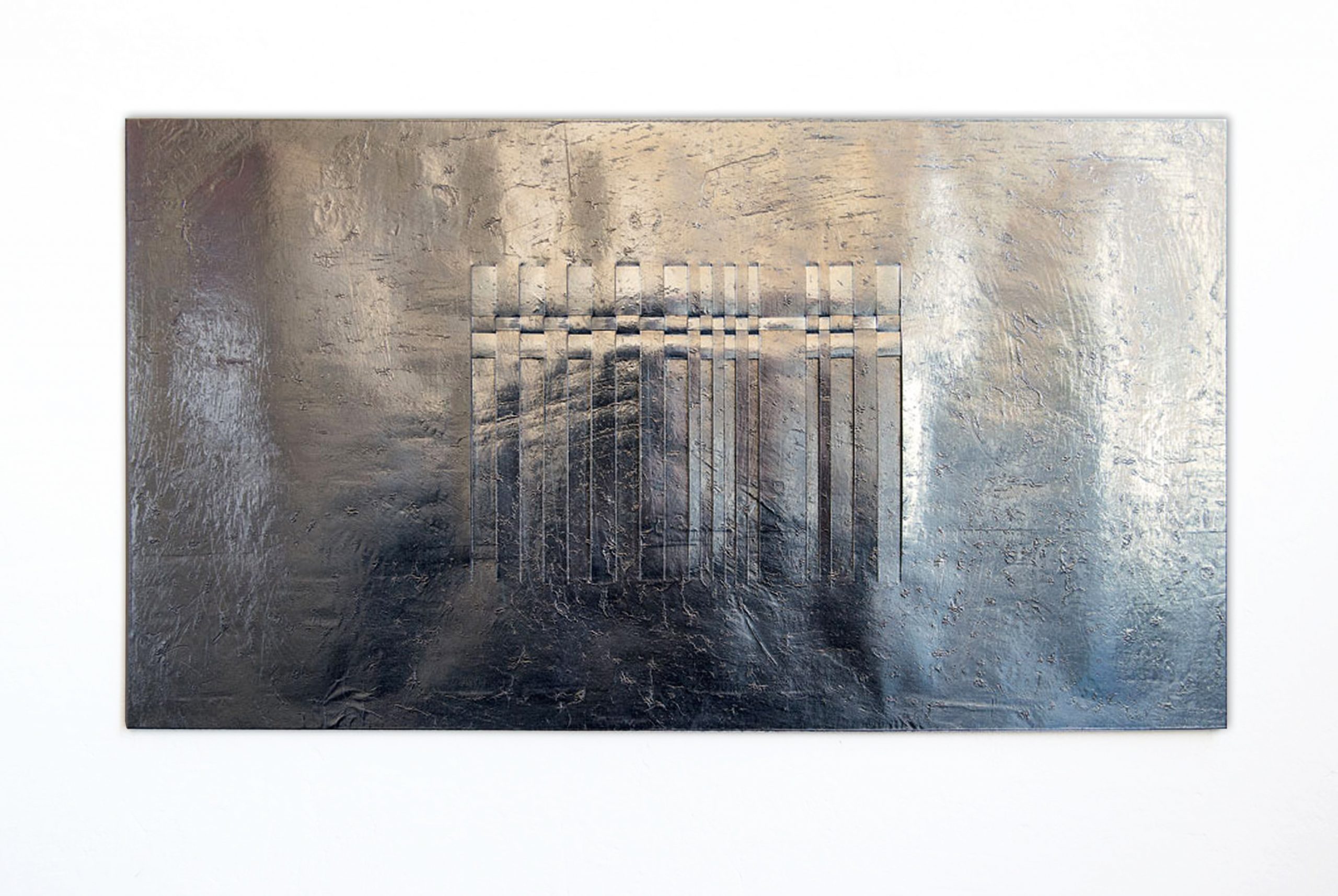 A chromatic and sound scale is the key to understand the work of Angelo Tozzi, made with an orderly succession of bands, which are highlighted and finely chrome-processed, and look like the keys of an imaginary piano or light organ pipes. 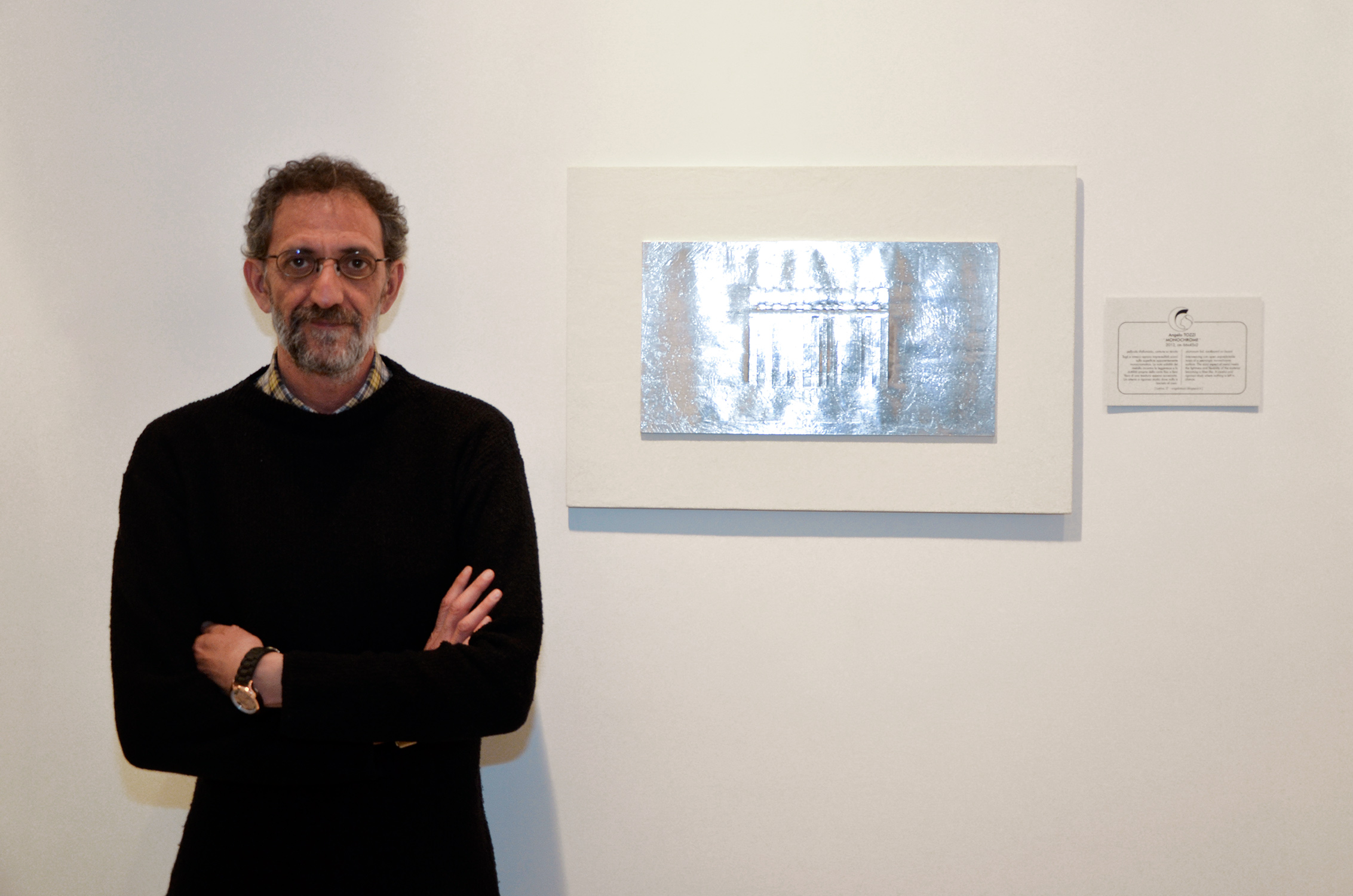