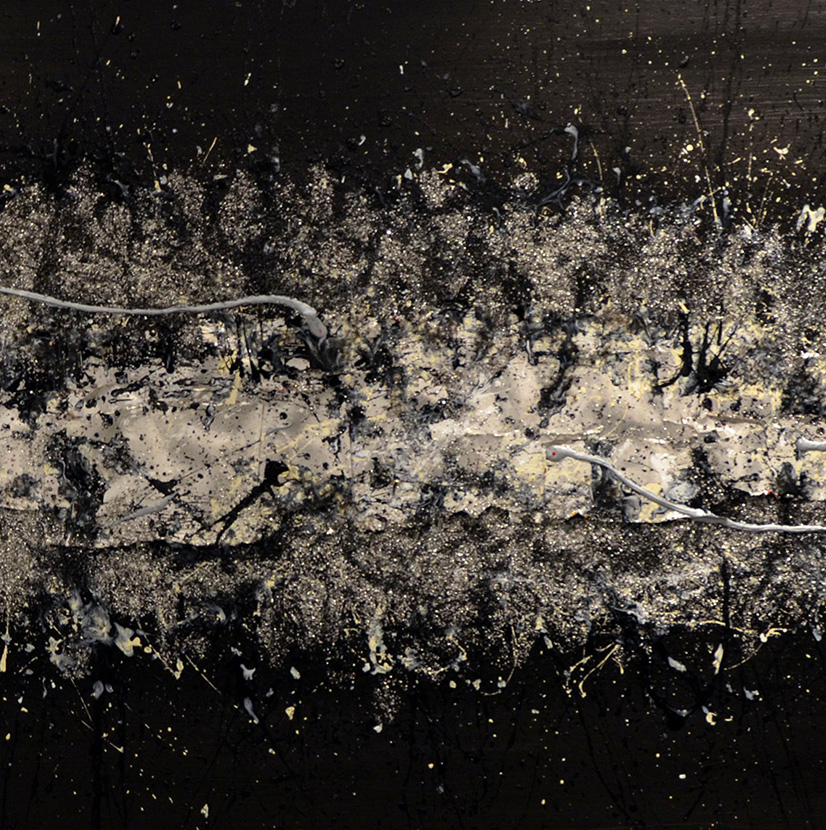 Fabrizio Sanna, aka 'Goa', is a self-taught abstract painter.In 1995, when he began painting, his works were figurative, but a notable change occurred after three years, when he began to explore abstract expressionism and it was the technique of action painting that immediately dominated.In 2000 he officially entered the world of contemporary art with a solo exhibition at the gallery "La Bacheca", in Cagliari.
Since 2007, he has signed his works under the name Goa and made his debut on the web exposing all the paintings online.In the same year he built a private exhibition space in Villasimius, the Goa studio, where the most recent abstract paintings are exhibited.In May of the year 2009, also in Villasimius in Via Umberto I, a personal showroom opened to the public, the Goa Gallery.
Goa’s works are now characterized by a wide variety of forms and objects accumulated on canvas, collages of recycled materials.And an artist of incredible energy, constantly looking for new ideas, while experimenting and perfecting his technique of action painting and dripping.He says: The first time I heard of recycling the thing that struck me the most is that aluminum is recyclable an infinite number of times.I was surprised ... When I also learned that spaceships are made of aluminum alloys, all my doubts vanished.Aluminium in the 20th century made it possible to realize a dream that we have always had for thousands of years: flying towards the stars".
Thus the work is born the 'Milky Way', a galaxy of metal, aluminum cans (open and flattened) drowned in pure aluminum powder. 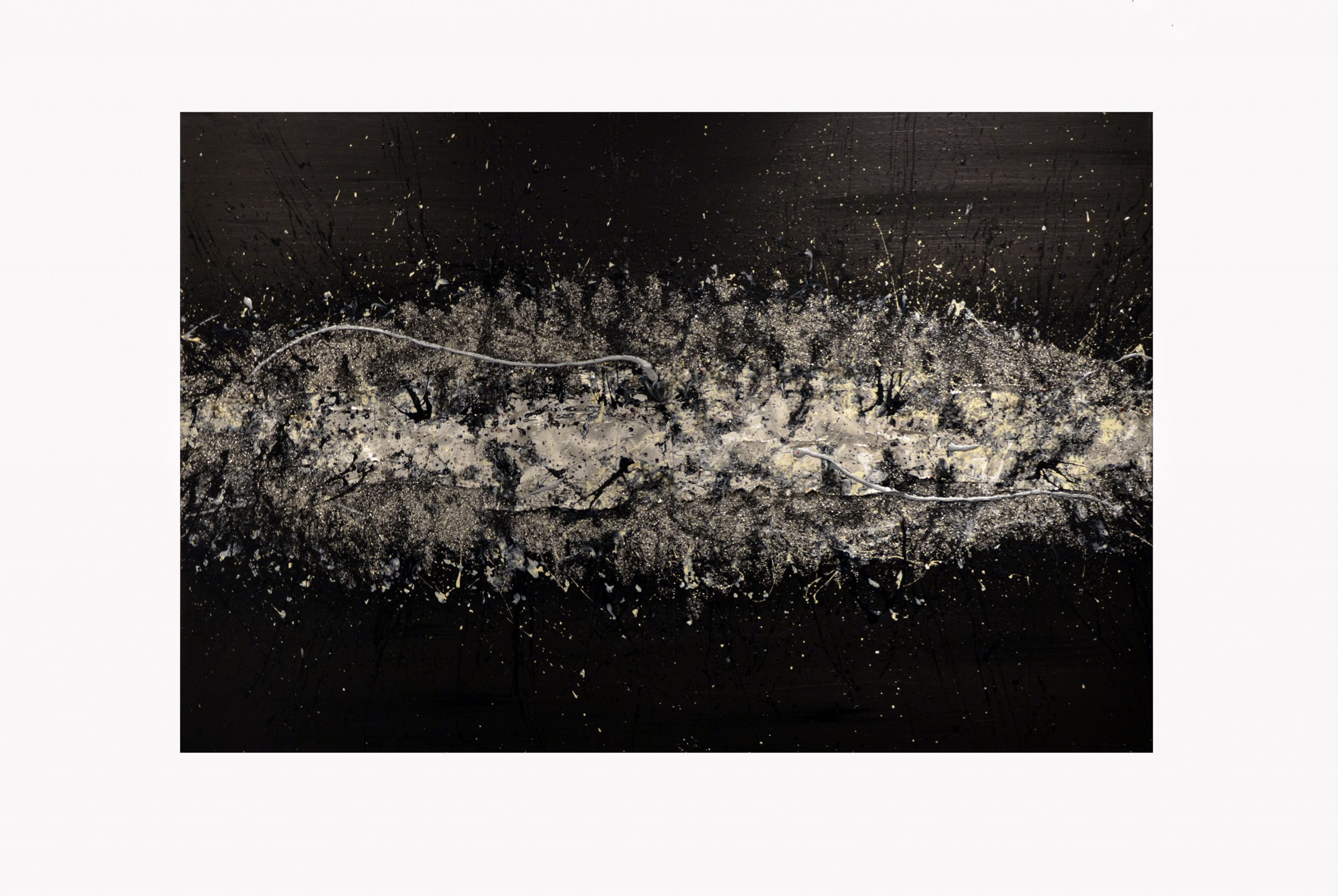 The work of Fabrizio Sanna (GOA), with aluminum powder and waste materials, deciphers a matter which is thickened and bright, with a strong symbolic connotation.

SPECIAL MENTION OF THE JURY AND AUDIENCE AWARD 2013 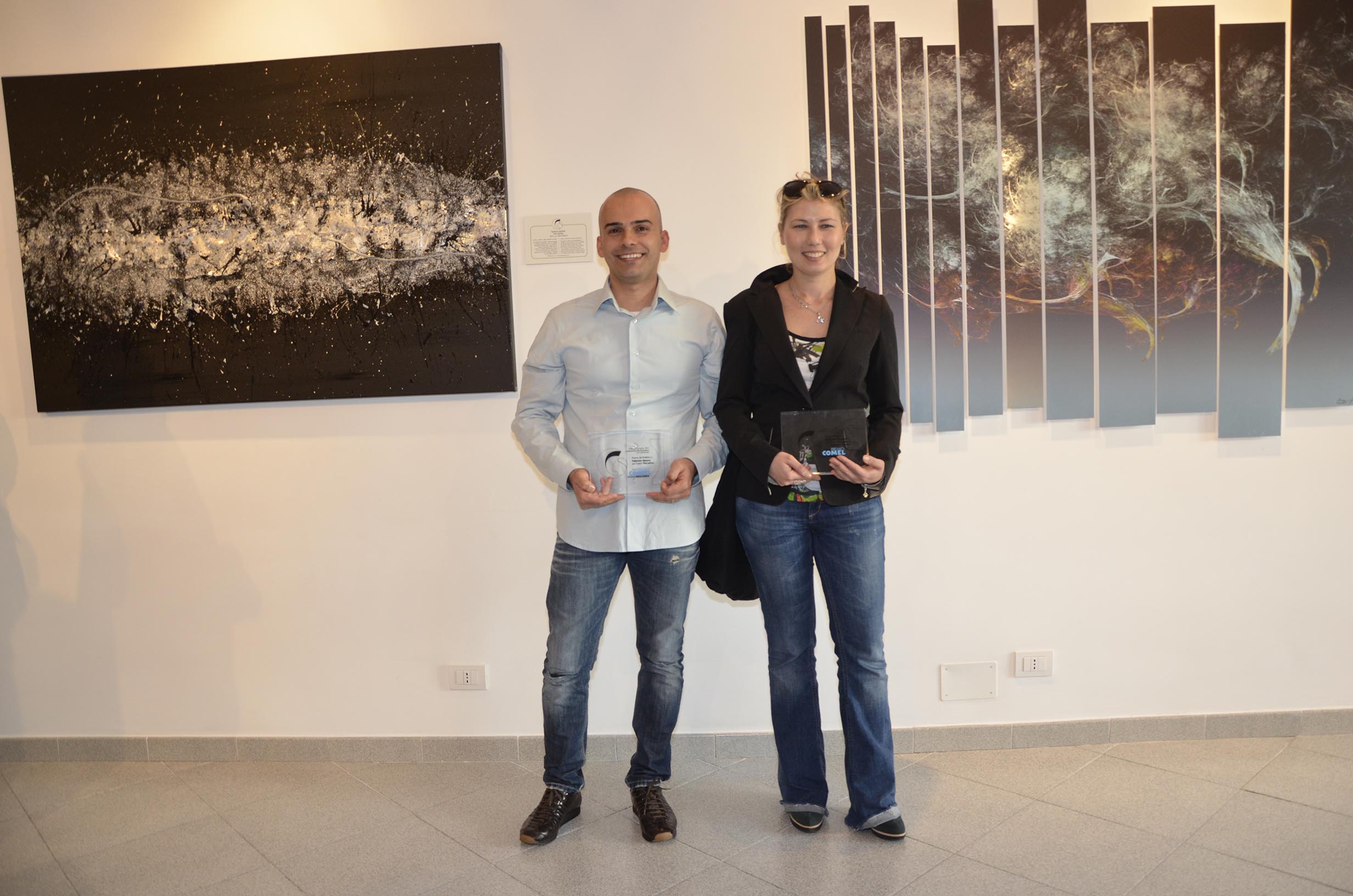