The eighth edition of the COMEL Award ended on Saturday October 23rd with the awarding of the winners and the closing of the Aluminium Bonds exhibition.

An edition that, despite the pandemic, continued by extending the call from the usual four months to nine, with over 350 admissible entries from all over Italy and from various European countries. The Aluminium Bonds exhibition, in which the works of the thirteen finalists were exhibited, was a great success also: the daily turnout of visitors was very high (about 300 postcards of voters for the Audience Award were counted), which did not diminish even after the voting was over. The meeting with Professor Elena Pontiggia, who spoke about the use of aluminum in art since the early 1900s, also had great success, enchanting a packed audience.
The awards ceremony, which began at 6 pm, saw great participation of the public: artists, scholars, enthusiasts, and simply curious people. Many of the artists in the competition were also present at the Spazio COMEL, as often happens on these occasions, the passion for art is joined by the pleasure of knowing each other and sharing exciting moments.

“This edition, due to the pandemic and the thousand consequent uncertainties, was very long and full of unexpected events and difficulties – says Maria Gabriella Mazzola, COMEL manager and organizer of the Award together with her family – but it was worth it because we could not restart our cultural activities in a better way: with the closeness and warmth of the public and the artists who have given us great emotions“.
During the afternoon, prof. Giorgio Agnisola, president of the jury, flanked by the juror Vincenzo Lieto, read the minutes of the verdict of the eighth edition of the COMEL Award, proclaiming the Turin collective The Bounty Killart winner for the Cast Away opera with the following motivation “With full and expert use of aluminium, the collective recovers with a fine conceptual operation the figure of the famous sculpture “Dying Galata”, interpreting it with a sign and a perspective intensely alluding to the dramatic actuality, but also to all the shipwrecks of time and history “. 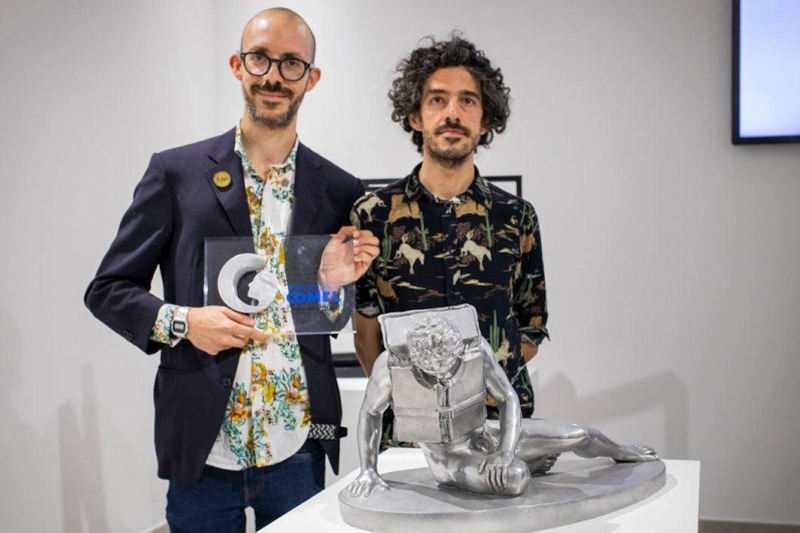 The Bounty KillArt, winners with the artwork Cast Away.

Reiterating the very high level of all thirteen participating artworks, four special mentions were also awarded to the Bolognese artist Penelope Chiara Cocchi for the artwork “We are all Made of stardust“, to Fabrizio Pedrali from Brescia for the artwork “Venere”, to Mirella Saluzzo from Ravenna for the artwork “Relazioni” and to the Pontine Marcello Trabucco competing with the artwork “Configurazione mutevole di segni antichi”. 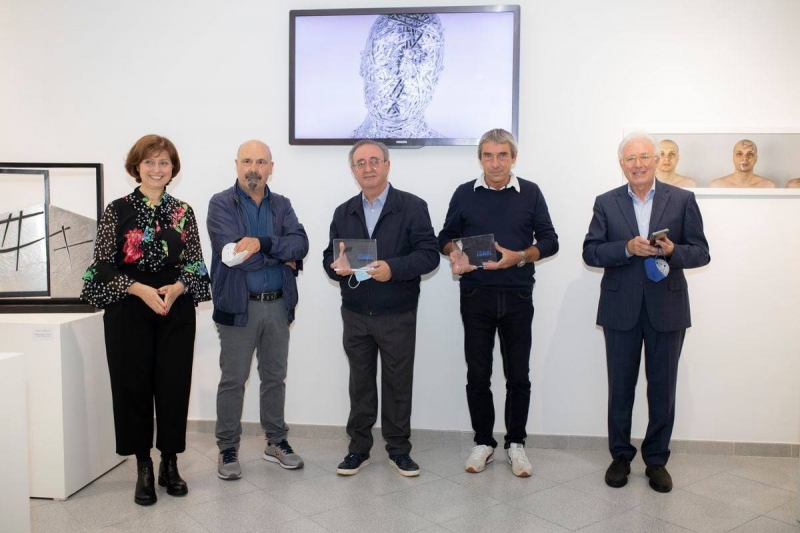 The Audience Award went to the artwork “L’abbraccio” of Spanish artist Ana Celdrán Beltrán, which encountered a clear appreciation of the public. 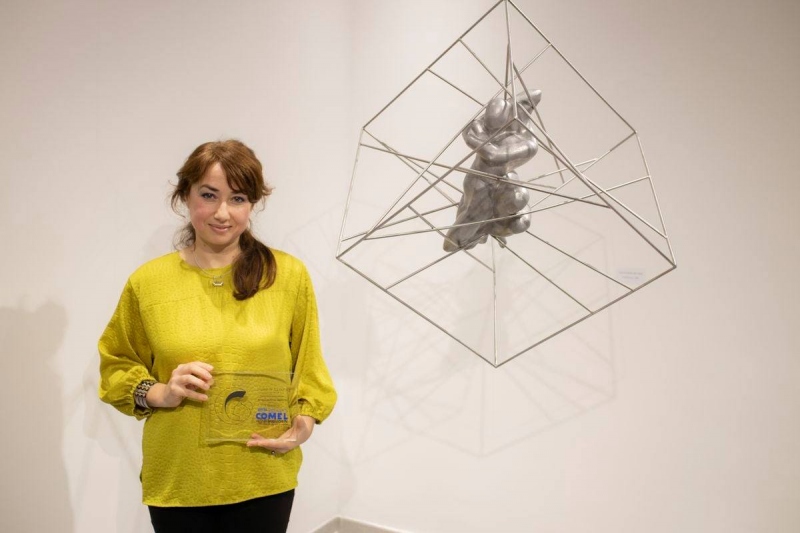 Ana Celdrán Beltrán winner of the Audience Award with the artwork L’abbraccio.

The winners of the Jury Award and the Audience Award will return to the COMEL Space for one of their solo exhibitions in the course of 2022.

This eighth edition of the Comel award has therefore reached its conclusion, which has now consolidated its reputation on the national and European scene. This year’s theme, Aluminium Bonds, once again emphasized not only the beauty and ductility of this metal, but how art is a bridge, a means to make contact with each other and forge a bond.