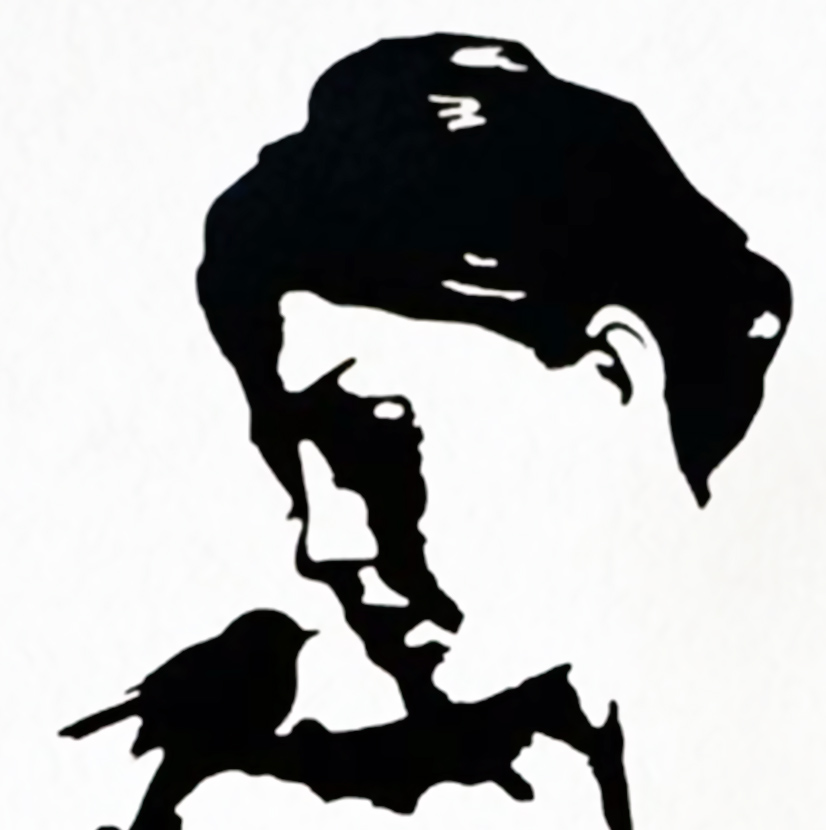 Born in 1977 in Bassano del Grappa (VI). In 1996 he graduated from the International School of Graphics in Venice and in 1998 he held his first solo exhibition. He has had numerous exhibitions in galleries and public places including Galleria Civica Cavour (PD, Italy), International Luxury Exhibition (Fiera di Vicenza), Palazzo Pisani (Lonigo), Palazzo Fogazzaro (Schio), Boutique Melloni (Fuorisalone Milano). He creates metal sculptures with lasercutting techniques. 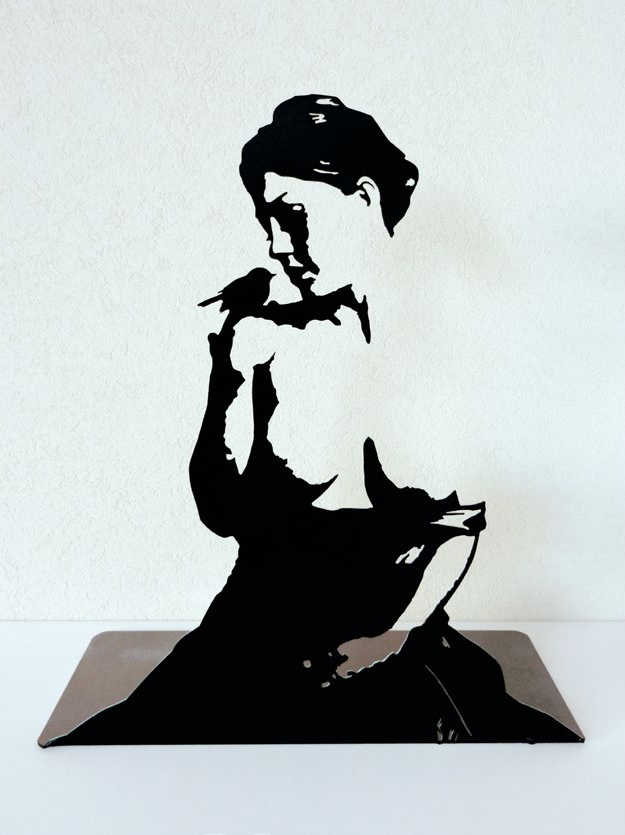 In the work "La Primavera dì Afrodite", 2012 by Andrea Meneghetti, lightness is interpreted by the underlying game of light visible in the projection of the contoured shape on a white wall. Here the evidence of shadows acquires incorporeal consistency; like in a dream vision, outlining the gentle profile of a woman, who is tenderly looking ata little bird resting on her shoulder. 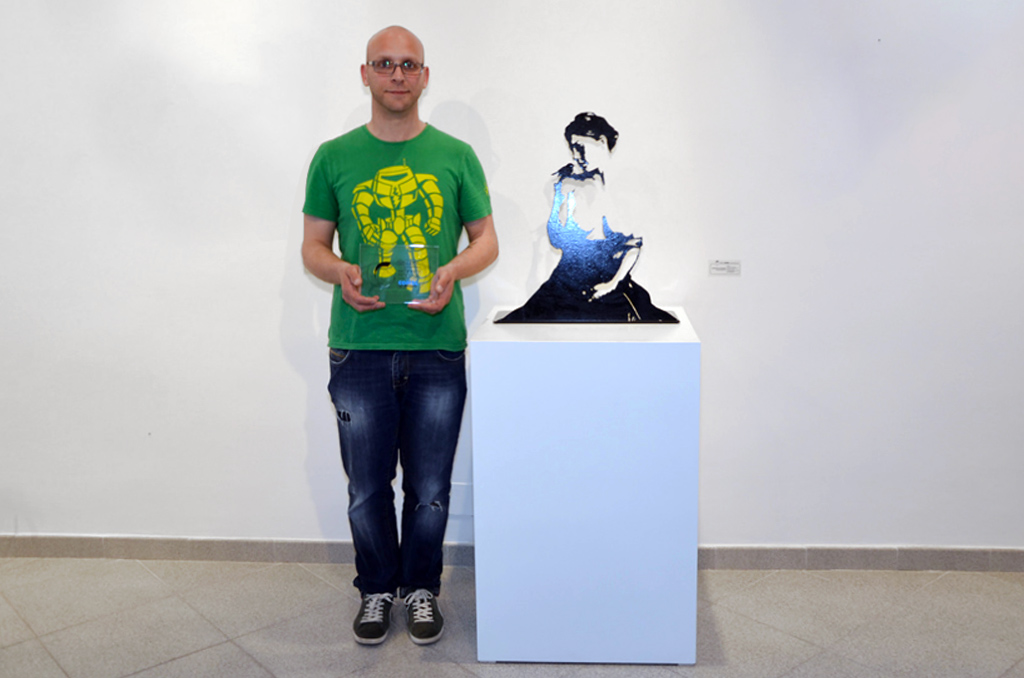 My research has always been on the essentials, at the beginning studying the sign and then the shape, removing everything, eliminating what was superfluous. The goal is to leave a bare aesthetic concept.

You graduated at the International School of Graphics in Venice in 1996. What was the idea of Art that inspired the choice of this school and how was this crucial for your education?

Back then I was just attracted by the graphics, the comics and the illustration. I chose it with a good amount of youthful unconsciousness.

Venice itself is a huge open air work of art. During your training, as an artist, what did you feel in front of a city that has lit the imagination for many creations of the past and continues to mesmerize tourists and artists?

Venice is one of the cities I love the most. It opens and expands your heart. Every part of it is inspiring and, depending on the season, you are proposed different scenarios ranging from fascination to ecstasy. I find that it is a city connected to the sensitive. In autumn, certain sunsets with the sun on the lagoon mark you forever.

What artists have influenced you particularly over the years?

When I was young, Amedeo Modigliani and Keith Haring. Nowadays, the artists I love the most are Giotto and Tamara de Lempicka.

What were the materials and techniques that you have privileged for your work over the years? And why did you decide to turn your pictures into sculptures?

At first I used tempera and ink on the table, then chalks on wood and canvas, then enamels and ink on canvas. I wished for a long time to release the subjects of my paintings from the canvas, and when I found a way to do that, I just did that. It’s a way to give more life and freedom to the characters. My research has always been on the essentials, at the beginning studying the sign and then the shape, removing everything, eliminating what was superfluous. The goal is to leave a bare aesthetic concept. 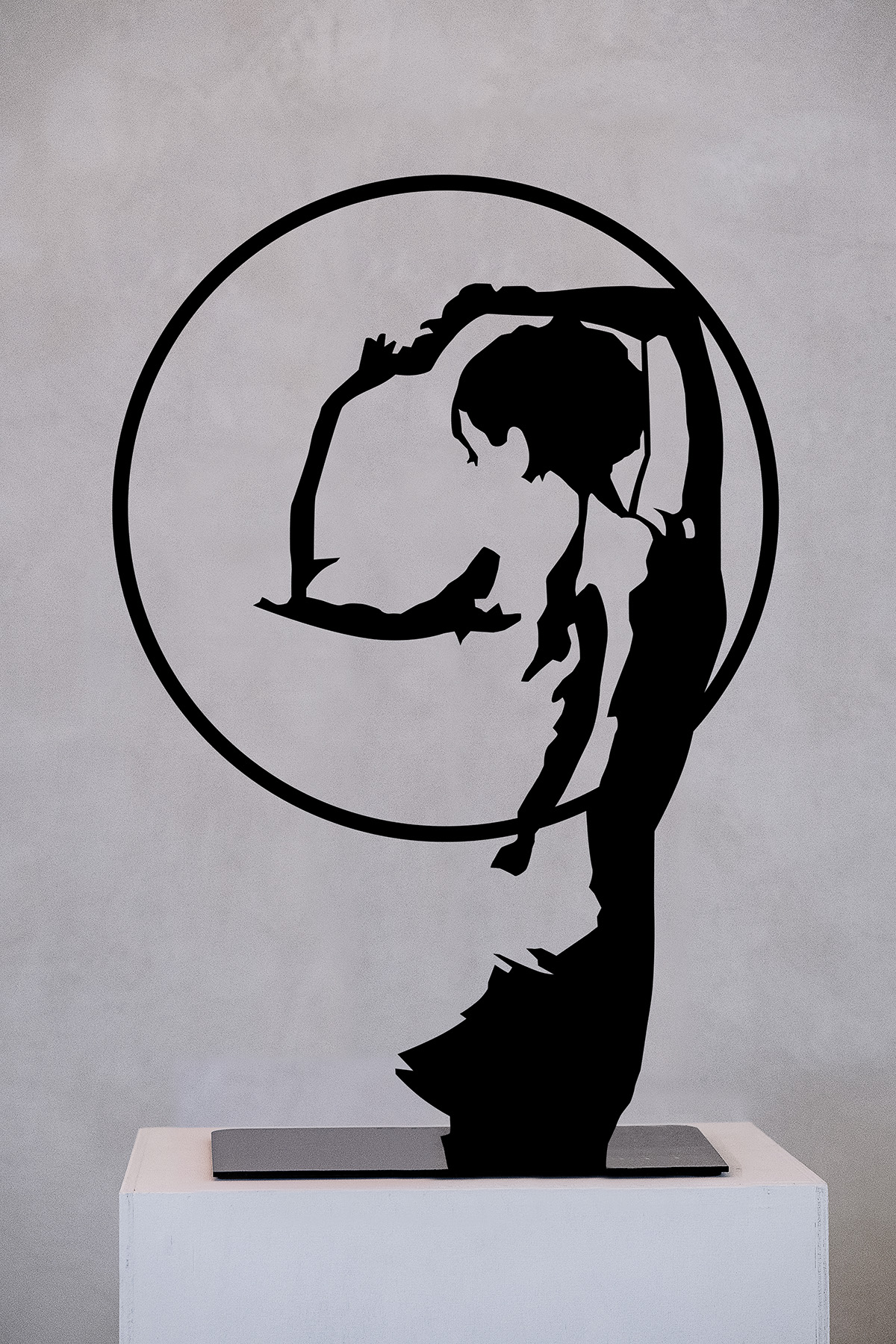 You have just received the audience award in the fourth edition of the international COMEL Award ‘Vanna Migliorin’ – Contemporary Art 2015, for the work “La primavera di Afrodite” (Aphrodite’s Spring”). This is a prestigious award, where you are confronted with artists of the European Union, and one of a kind, because of the use of aluminum. Being selected among the thirteen that could exhibit was already a great victory (the participants were in fact about 350). Moreover, your work was the most voted by the visitors of the related exhibition. It means that your message has been understood, you have conquered the audience.

Yes, I was very pleased to be selected and to receive the appreciation of the audience. I think getting in tune is the highest recognition, you know that every person who sees your work and appreciates it, will take home a little of it.

Aphrodite is the symbol of beauty, of femininity, and even of strength. It is a worship that you like to represent without frills, in its essentiality, managing to draw her in the air. What represents Aphrodite? What interests you want to grasp in the revival of this fascinating subject?

In my opinion, Aphrodite is all that is beautiful, aesthetically and/or interiorly in any human being. Everyone is Aphrodite to some extent. Thus I want to grasp the aspects of sweetness, sensuality, strength, openness, positivity, love.

What are other issues that have attracted your attention for your artistic projects? 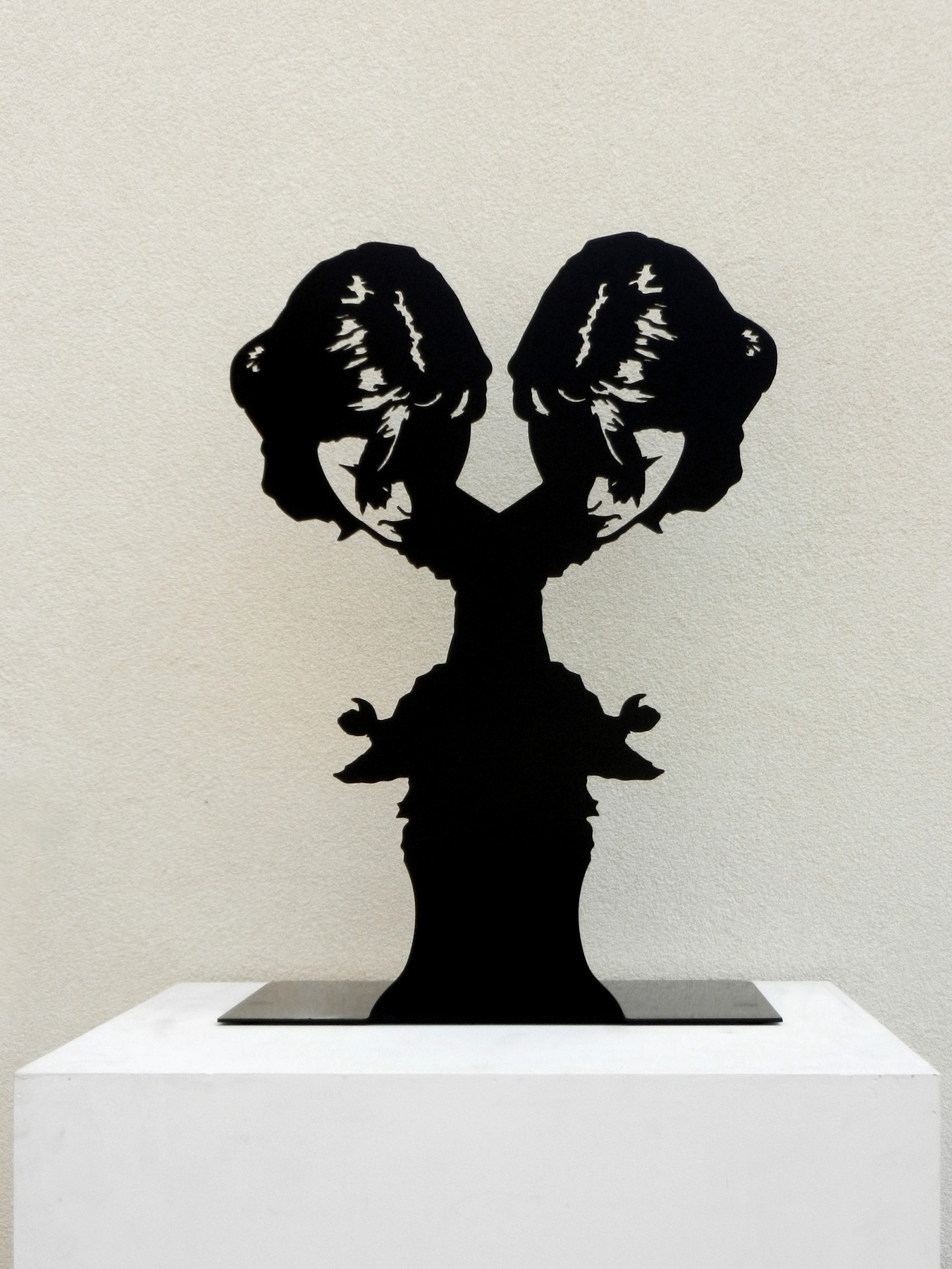 You have written a small artistic manifesto that is a true monument to life, positivity and creation. You entrust the artist the choice and the responsibility to create also facing the possibility to destroy. Why did you feel the need to write it down on paper?

I wrote it in one go , driven by the need to disassociate myself from the growing number of artists who seem more advertising in search of sensationalism and clamor, instead of inquiring mind, the human soul and nature. I think we must also have the strength to look at the beauty and not cry on and criticize everything and everyone indiscriminately.

What’s the most important work you’ve realized so far and what’s the work you dream to make?

The most important one is definitely ‘La Primavera di Afrodite’. The one I dream to realize is a work to exhibit at the Venice Biennale for the Italian pavilion.

Which is the next exhibition or work in preparation?

At the end of May I was invited by Mauro Spigarolo of the Association Polites of Bassano del Grappa to exhibit some works at the venue of the conference “Rebirth of the Bassanese Cultural Territory “. It is going to be attended by prominent figures, such as Philip Rylands Director of the Peggy Guggenheim Collection, Gian Antonio Stella and Carlo Fumian. In the meantime I continue to work on my project ‘Aphrodite’ and I’m preparing a solo show. Place and date are yet to be determined.